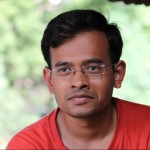 Android uses Gradle, an advanced build toolkit, to automate and manage the build process, while allowing you to define flexible custom build configurations. One of the most important file in Android application development is build.gradle, which is used in the process of building an android app. Let’s see how we can configure android builds with build.gradle.

In the latest version of Android, Nougat 7.1 (API 25), Google introduced a new feature called App Shortcut. This allows you to create shortcut for specific action or screen in your app that can be opened directly from launcher to associated screen.

With the introduction of Material Design, motion and animations became the integral part of Android applications. To make the development easier, Google introduced a new Android Design Support Library. This lets developers focus on the features that make their applications unique rather than focusing on animations part.

In many native iOS applications, webviews are used to perform certain tasks. Once the initial urls is set to webview, it becomes difficult to intercept redirection url(if any), which is handled by webview. But sometimes we need to intercept these urls to perform specific actions.

Static vs Class vs Global Functions in Swift

Almost every projects contains Utility Functions. With the introduction of Swift, there are multiple ways to write such functions.